The full story behind our latest crushable can. 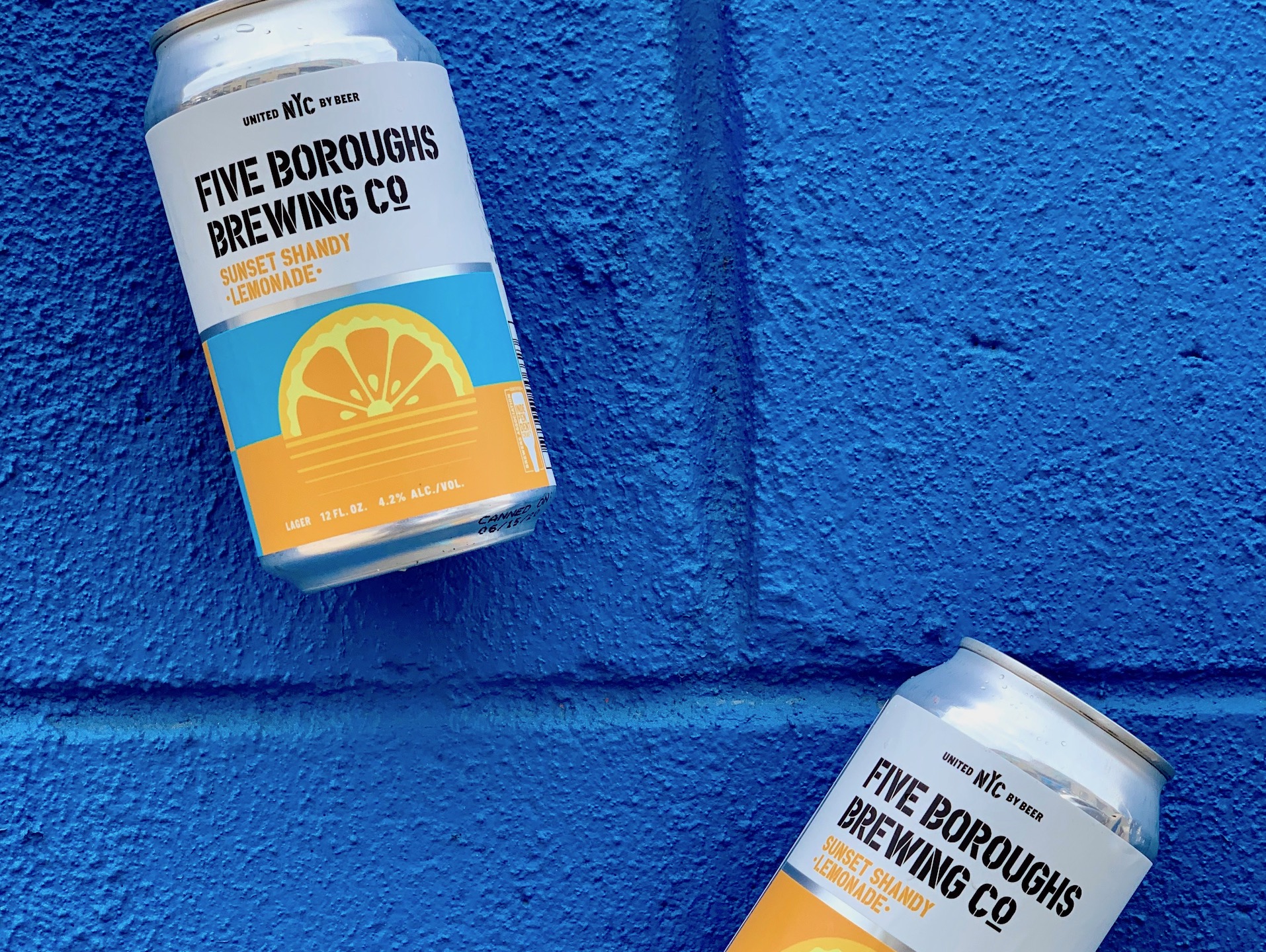 This Beer Bulletin was penned by Evan Koepnick, a brewer at Five Boroughs Brewing Co. He is responsible for 50% of the Green Bay Packers fandom at the brewery.

Let’s start with the basics. What exactly is a shandy?

A shandy or “shandygaff” from Britain refers to a mix of beer and another non-alcoholic beverage. The original shandygaff was beer mixed with ginger ale. The Germans made shandy or radler ("cyclist" in German) popular by mixing a citrus beverage — such as lemonade or orangeade — with a light beer to help cyclists quench their thirst on hot summer days and to extend a barrel of beer. Shandy or radler can be interchangeable when referring to a good, light, low ABV beer mixed with a citrusy beverage.

Walk us through the process of brewing a shandy on a large-scale brewing system.

We start with a good light lager base recipe. We use German malts and follow the Reinheitsgebot, a German beer purity that requires we only use barley/malt, water, hops, and yeast. We use Czech Saaz hops in the kettle to impart a fresh cut grass aroma and slight bitterness. We let the beer take its time fermenting, anywhere from 4 to 6 weeks. When it’s ready, we transfer it to the bright tank, adding lemonade in the transfer line after the yeast has been removed. We do this for a few reasons. First, we want to make sure that there is no residual yeast left in the beer that could cause the product to re-ferment and explode in its packaging. Second, the lemonade gets mixed into the beer more consistently than if we were to dump it straight into the beer. Lastly, the lemonade has sugars that the yeast could eat during fermentation causing a higher percentage of alcohol and, even though we love alcohol in our beers, we want you to be able to enjoy this one all day at the beach or a barbecue. 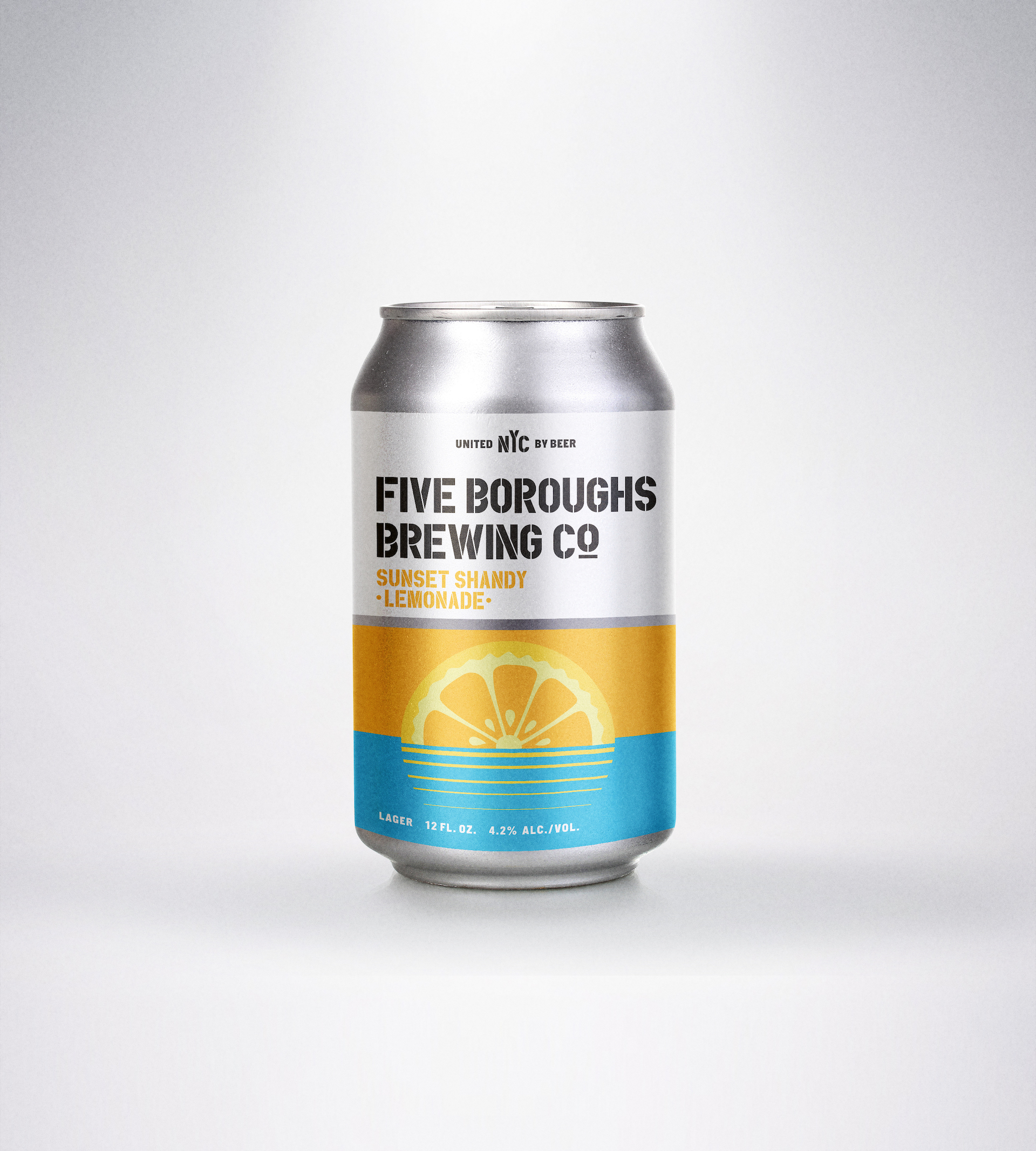 What are the notable characteristics of Sunset Shandy Lemonade? In particular, talk about the interplay between the “beer” flavors — from the Pilsner malt and Saaz hops — and the lemonade flavors.

Balance into refreshing flavor. The Pilsner malt gives the beer a fresh baked biscuit taste that helps to amplify the lemonade’s fruit flavor. The Saaz hops give the aroma of fresh cut grass and enough of a bitter taste to help bring a tart, citrusy aftertaste that tickles the cheeks. All that together is like a picnic in the park on a sunny afternoon.

What are your other go-to, easy-to drink summertime beers? Bonus points if they are made in NYC.

Aroma: You just cut the grass underneath your lemon tree while a nearby neighbor bakes a pie crust.

Mouthfeel: Soft with a touch of effervescence and a slight sour pull on your cheeks