Every brewery has its story—here’s ours 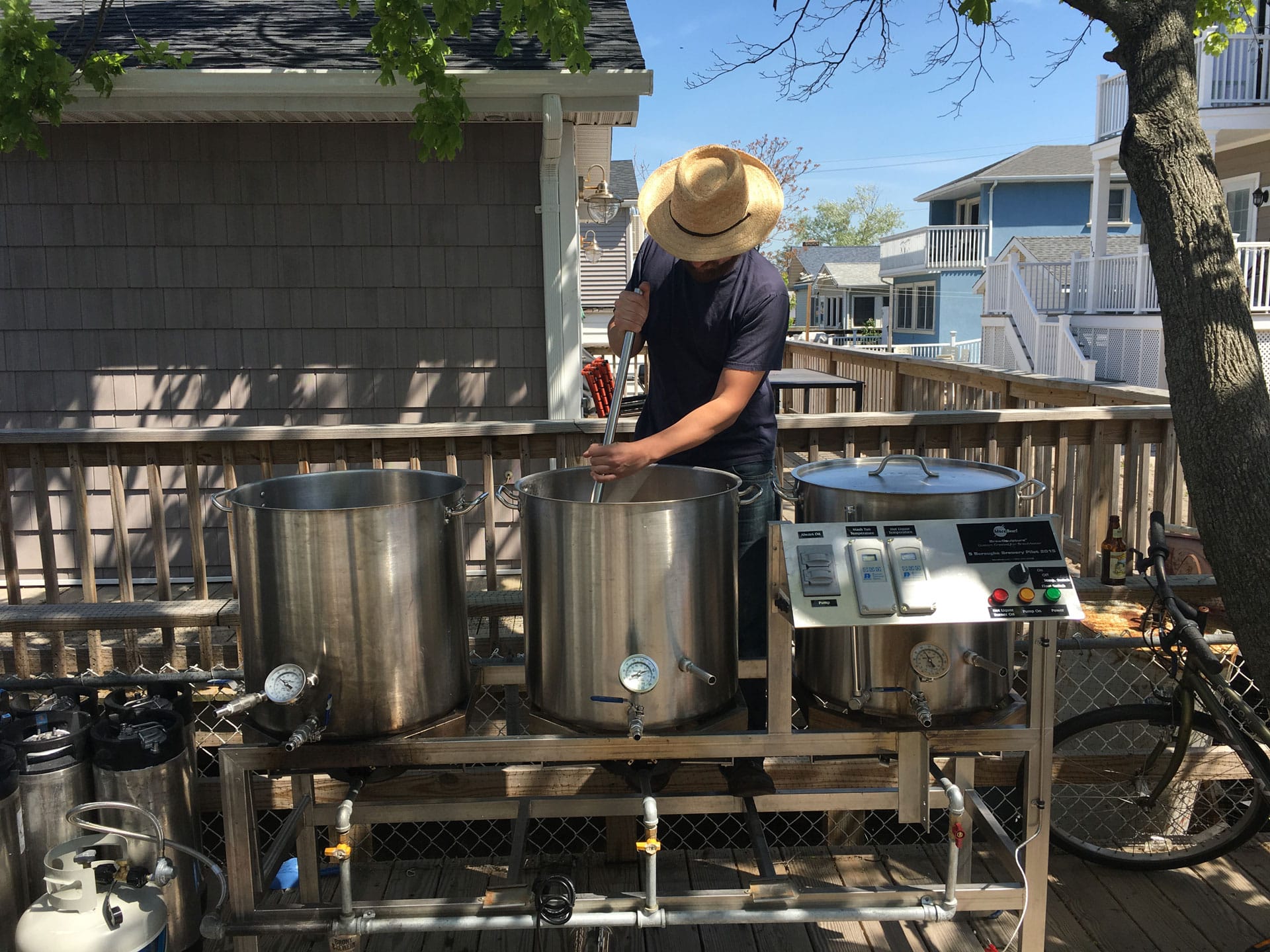 When you’re a homebrewer, stooped over an assortment of plastic buckets, glass carboys, and silicone tubing, the dream is always more space, better equipment, and, of course, a forklift. Those who dare to make beer in the city especially understand the feeling of homebrewing in cramped square footage: they stash away their gear in coat closets of studio apartments in the West Village, on the balcony of an unsuspecting high rise, or, if they’re lucky, reserve a spot in a small basement of a Tottenville home.

A real-life brewery. That’s the dream.

We know—because most of the team at Five Boroughs Brewing Co. started out as homebrewers, too. While some of us specialized in funky sours, others strived to make a lager so clear that you could watch a Knicks game through it. Five Boroughs CEO and Co-Founder Blake Tomnitz somehow found a way to brew in his college dorm room (to mixed results while pushing the boundaries of campus rules—but either way, it got him here). We all had big-time brewery dreams. 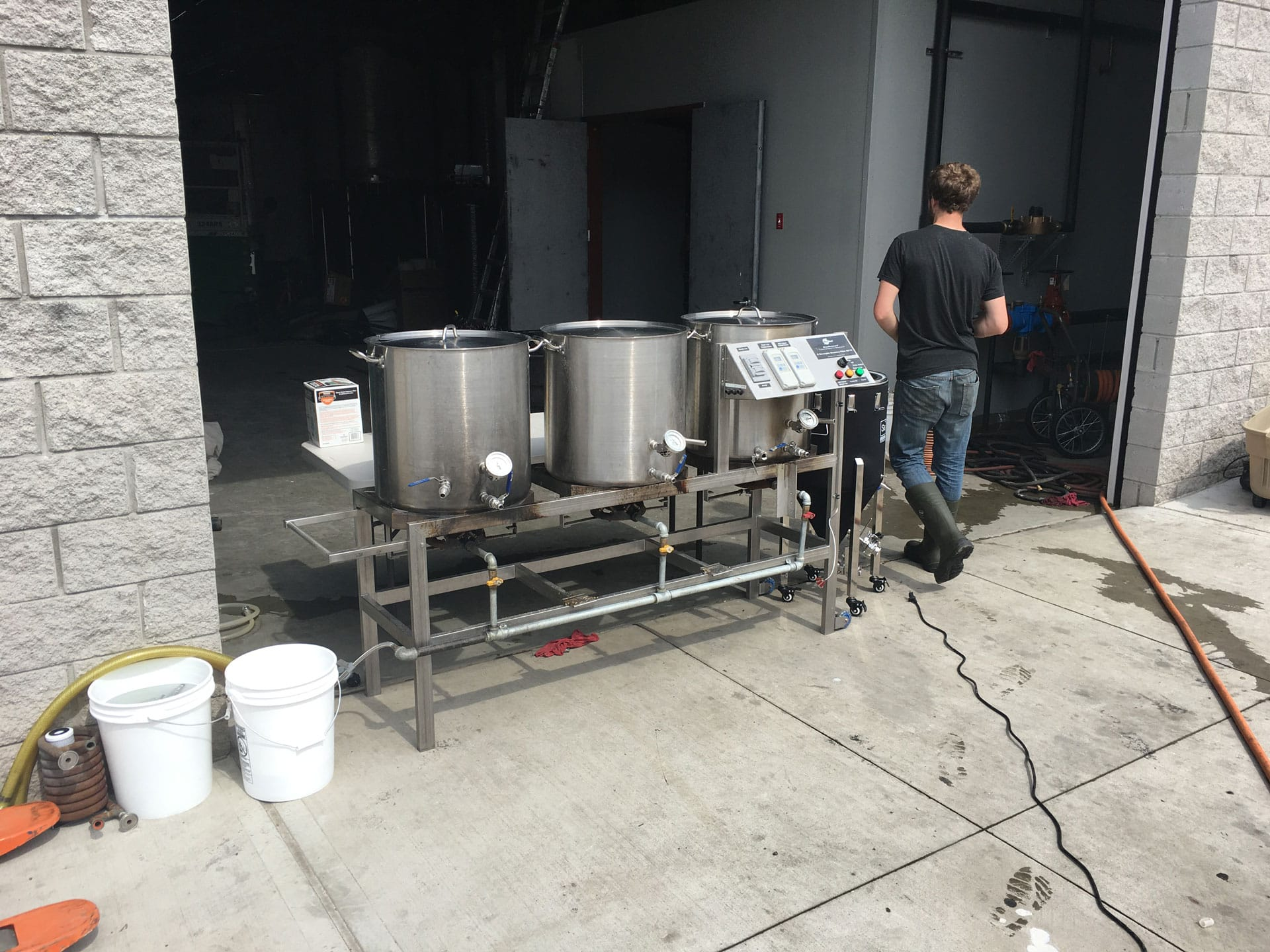 So, when we found our way together to form Five Boroughs Brewing Co., a brewery laser-focused on making great craft beer for all New Yorkers, we used everything we learned from our days spent homebrewing. We piloted our beers on a MoreBeer homebrew system that followed us through the Rockaways, the South Bronx, and now to Brooklyn. It was the centerpiece that helped us not only understand what Five Boroughs Brewing Co. was going to become—but also to learn about the New York City beer community we hope to serve authentically.

It’s only fitting that this kit finds its home at our brewery as we continue to grow, piloting all of our new beers. We’ve committed to authenticity at the heart of Five Boroughs Brewing Co.—so much so that we’ve found creative ways to keep it in use; in fact, it keeps that true-to-homebrew spirit of experimentalism alive in everything we do. Our MoreBeer kit is staying right where it belongs—squarely in our Sunset Park facility. Somehow, after three years and countless brews, the kit still works like a champ. 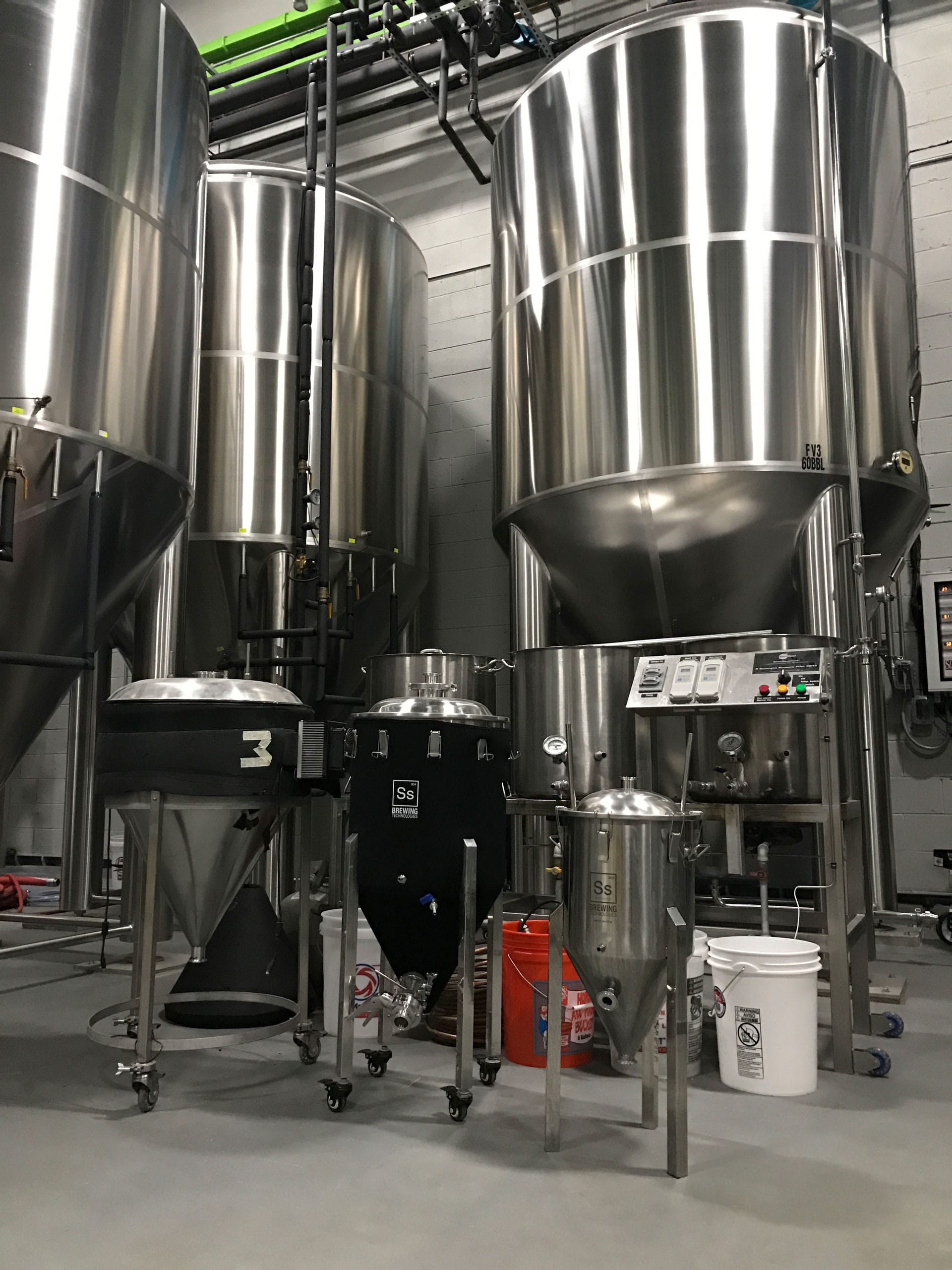 That connection to our little pilot keeps us honest to our roots: beer geeks who dreamed of having a brewery of our own someday. No matter how many barrels we produce each year, how many cans we line up in the warehouse, or how many glasses we fill in the tap room, something about this tiny setup helps us remain focused on making the best beer we can for the best city we know.

The pilot system also keeps us grounded and connected to our community, reminding us of the different places we’ve traveled together throughout the five boroughs. It commemorates the different city residents who tried our beers before a single one hit the market. And most of all, it provides us with feedback so that we can craft the best beer New York City has to offer.

Five Boroughs Brewing Co. has always been and will always be a brewery made for your New York City. It’s all about embracing our community and seizing every great moment this city has to offer. That’s been our vision from the start: a New York City that’s united by beer.